Over the decades, I've had the US VHS tapes (set of 8 compilation mega-episodes), a set of bootleg VCDs made from the US VHS tapes, the 2009 UK DVD set, the 2009 French DVD set (Bomber X: Intégrale), and locally-made rips of all those DVDs. Whenever I'm in a nostalgic mood, I'll flip through a folder on my computer containing the UK DVD episode rips, and sometimes I'll just let them play in the background while I'm doing housework or other chores.

One thing that always irked me (albeit very very mildly) was that none of them ever had any closed-caption text or subtitles. I know… For such a minuscule audience, why would any of the big media distributors go to the trouble of hiring someone to transcribe, program, and proofread all that text?

A couple years ago, I was dabbling in editing SRT subtitle files, mostly just making some minor corrections for a totally unrelated project. SRT files (and several similar formats) are basically plain text files that list each line of dialog with matching timestamps to show them on screen for local video playback. They can also be used to "burn in" subtitle text to the video when authoring your own media. They're moderately popular for distributing fan translations and for sharing subs from, err, uhh, content "acquired" from "the high seas".

During one of my many bouts of 2020 pandemic lockdown boredom/madness, I decided to try transcribing and building my very own subtitle files for each episode. Why??? I dunno! Guess I just couldn't think of anything better to do at the time.

So far, I've transcribed to plain text the first five UK episodes, and I've built proper subtitle files with timestamps for the first three of those five episodes. A chunk of one of these files looks like: 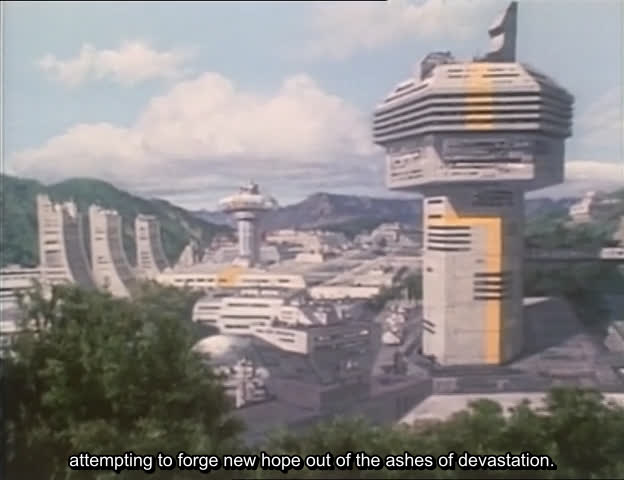 My progress came to a halt as other distractions surfaced over the last few months, but I wouldn't want all this work to go to waste if there's any chance anyone else might use it. So, I'm thinking about taking what I've made so far and uploading it somewhere.

Before I do that, though, a question: could you even use subtitle files if you knew they existed? I suspect these are most useful if you have local rips of the UK DVD episodes. It's probably possible to load them when you play the UK DVDs on your computer depending on what software you use. I don't think it would work with any standalone DVD/Blu-ray players simply hooked up to a TV.

How do you watch Star Fleet when that nostalgia itch strikes? Do you also have local video files? Or do you just play the discs? Or are there places online where people have uploaded episodes for streaming?

The three files I've completed are timed to match only the 2009 UK DVD's episodes. I have no idea how badly they will de-sync with other versions, and to be honest, having that realization threw a wet blanket on my aspirations when I was more actively working on these a few months ago. Maybe instead of subtitle files with full timing data, I should just upload the raw plain-text transcripts? At least with those, anybody could look at them without needing special tools or playback software. Thoughts?
Top

Hmm… and now that I sit back and re-read what I wrote here, I just had another realization: there's a newer Blu-ray release of Star Fleet out now too, right? Any idea if that version finally has English subtitles, rendering this whole dumb effort moot?
Top

I hate to tell you this, but I'm afraid that it does, I'm sorry to say.
They're quite nicely done and humorous as well.

It also means that you can watch the Japanese version and understand the slight narrative differences without having to immerse yourself in Japanese for years.


The other thing I would love someone to do is to transcode the French DVD footage, which is by far the best, with some English audio.
It's really not my kind of project though.
Dream big and bold and daring.
Top

That's fine, and honestly rather good to hear. I'm glad that some professionals took the effort, and I suppose that means I just need to pay up and get a copy of that Blu-ray release!

As for transcoding and muxing audio and video from different sources, I've tried exactly that, and unfortunately it's not possible to achieve decent results without many, many hours of painstaking edits.

Both the overall duration of the episode and various scenes within the UK and French DVDs are very slightly different throughout (at least the first couple episodes I tried), even when you remove the intro and credits sequences, and that makes it impossible to simply swap audio between them. The next naive approach would be to temporally compress or stretch the French video to fit the UK audio, or vice versa, but that only solves the overall length problem; then individual scenes within the episode still fall out of sync.

I'm actually impressed that whoever localized the show for France actually made real edits throughout the show to better fit their language instead of dubbing directly over the English. Hmmm… now that I think about it, maybe I have it backwards? I don't have a copy of the original Japanese version for comparison. Maybe the French localization matches the Japanese and the English is more heavily edited?
Top

As I explained in another post, I'm currently working on an image enhancement of the Starfleet series from a Japanese 10 bit dvd copy.

I've switched the image to 720p and I've improved the image quality as well as the colors with several softwares (Topaz Video Enhance AI for the enlargement and noise erasing and Da Vinci Resolve for the color work).

Just the first step takes me 10 hours of encoding (I have an old computer!). I'm currently at 6 episodes. If there are people who have a good computer for video encoding and are interested in encoding videos, they are welcome!

I put links to see the result on the first episode :

Why not then try to put an english audio version on it for testing. But I've never done that before!

Otherwise, if you have good English or Japanese subtitles, I'll take it. The French version is really awful!
Top

This is terrific!
I'm watching the 720p version now and it looks very good.
The AI upscaling has done a really nice job.

I didn't get around to taking a look before.
Now that the forum is working better, thanks to your input, the forum is accumulating a lot of spam and I've been removing that and tightening up on the problem this morning ...

Is it a good idea to use the French DVD release?
That's the version that I've seen that has the best picture quality in the first place; even better than the Japanese version.
I wasn't aware that any of the Japanese DVD releases were 10-bit rather than 8-bit colour.
Is that the 2013 (or thereabouts) release that gives you 10-bit? I have that box set floating around somewhere.
Dream big and bold and daring.
Top

I find it on internet in mkv format...
Top

Ah, I see. It's possible that the DVD was 8-bit and they've ripped it into a 10-bit container, which I suppose wouldn't make much difference.

I wonder whether the AI upscaler would do an even better job with an original DVD source, but it was already very impressive.

It might be worth contacting forum user; BladeZ, who knows a lot more about these things than I do.
He might be able to help you with the project.

A private message from here might work or I know he can be contacted over Facebook as well.
Dream big and bold and daring.
Top

Return to “The Show”

Users browsing this forum: No registered users and 13 guests